Most Expensive Phone in the World is an iPhone, Goldstriker iPhone 3GS Supreme

I’ve always wondered what is the most expensive phone in the world and to my Surprise, it’s an iPhone! Then I thought it could’ve been a Vertu or the new Versace or Diamond, the result was just surprising. And to my surprise, it’s not even an iPhone 4, it’s an iPhone 3GS. It’s called Goldstriker iPhone 3GS Supreme priced at $3.2 Million (USD).

$3.2 Million?! For an iPhone…. wow, that’s just plain mad. But Goldstriker, which specializes in Gold and Platinum, have made this value up the sky. The combination of having the best smartphone in the world (in my opinion, right now) and luxury seems like the perfect match for someone that is filthy rich don’t you think?

It was designed by Stuart Hughes of Liverpool, and was made in 10 months. The casing isÂ  271 grams of 22 carat gold and the front part has 136 flawless diamonds (whopping 68 carats). The back has 53 flawless diamonds and a 7.1 rare cut diamondÂ  on the center button. I simply cannot imagine how heavy the phone becomes after adding all those stuff in, it might look good in the eye but that should be one heavy phone.

What I also can’t imagine is carrying a value of a mansion in your hands, misplacing it or leaving it somewhere would make someone a very rich person (LOL!) and you $3.2 million poorer. I’ve started to appreciate certain stuff outside of the tech world, sometimes creativity does carry a lot of value and add it up with precious diamonds, you’re looking at millions. But it’s the art that makes it so stunning and great that you’d want to have one (but of course you need to be able to afford it). It would be nice to hold a $3.2 million Goldstriker iPhone 3GS Supreme in my hand one day. 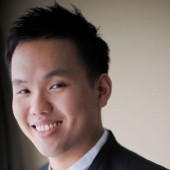 How I make money with minisites

Can Domaining make you Rich?